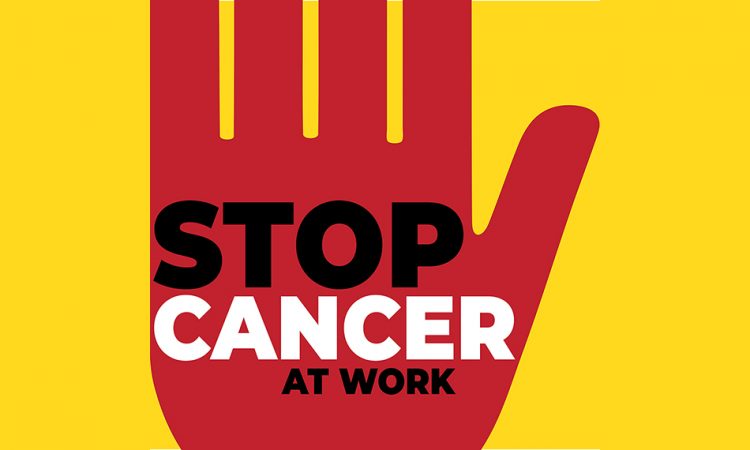 Today a broad coalition of professional organisations, trades unions and patient groups are launching the Stop Cancer at Work Campaign to ensure that the current fourth revision of the Carcinogens and Mutagens Directive (CMD) includes groups of carcinogenic and mutagenic hazardous drugs, which cause cancer, and that have not been included by the European Commission in its proposal published on 22 September 2020.

Cancer is the leading cause of work-related deaths in the EU, with over 120,000 cancer work-related cases recorded each year according to EU-OSHA*. From nurses to cleaners to fire fighters, millions of workers across the EU are being put at risk by being exposed to deadly carcinogenic, mutagenic and reprotoxic substances in their place of work.  Stop Cancer at Work aims to eradicate occupational exposure to deadly substances and put an end to work-related deaths caused by cancer and other health problems, such as miscarriages, at work.

The Campaign is focused on getting the European Commission, European Parliament and Council to act to stop cancer at work by including in the CMD carcinogenic cytotoxic drugs which cause cancer, such as leukaemia, in healthcare workers and patients in Appendix I, and reprotoxins, which harm all workers’ fertility, in the title of the CMD.

In its proposal, the European Commission introduced binding occupational exposure limit values for three carcinogens, which we welcome, but the Commission also left out reprotoxins as well as carcinogenic and mutagenic hazardous drugs.  There is a wide range of reproductive health problems caused by workplace exposure to reprotoxins including: reduced fertility or infertility, erectile dysfunction, menstrual cycle and ovulatory disorders, miscarriage, stillbirth, babies born too soon or too small, birth defects, child developmental disorders*.

The Campaign will run for most of 2020 and 2021 and calls for all to show their support for the Campaign by signing a petition calling for the EU institutions to take action and accept the necessary legislative changes to the Carcinogens and Mutagens Directive.

For information and a link to the petition visit the website at www.stopcanceratwork.eu