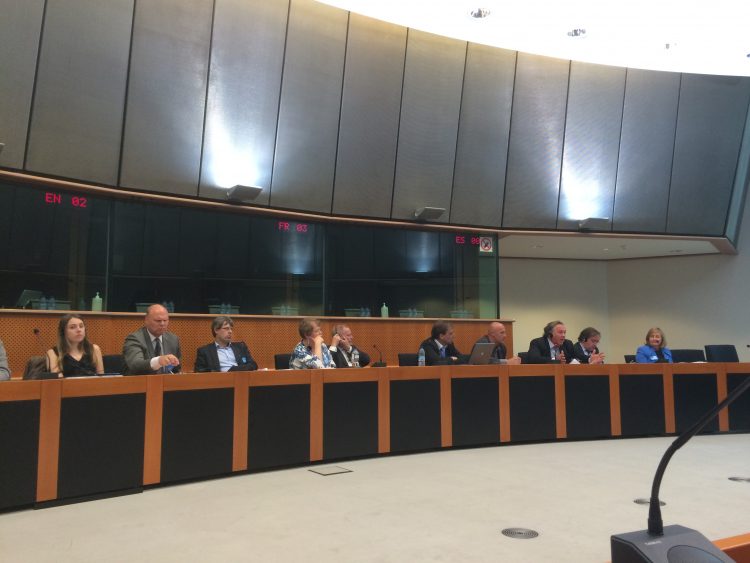 Key note speakers also included Jose Luis Cobos from the Spanish Council of Nursing, who presented in the first session on the legal transposition of the Directive by Member States. The session considered the range of legislation enacted by Member States to transpose the Directive, in some cases via unique pieces of new legislation and in others by amendment of existing legislative acts, as well as the role of training and an Observatory to help monitor implementation on an ongoing basis. The Observatory is currently being piloted in Spain.

Delegates at the Summit were interested to hear from Silviya Obaydi that the Commission had previously opened infringement proceedings against almost half of Member States for non-communication or partial-communication of the Directive’s implementation to the Commission. These were now resolved.

The Summit’s second session considered how effective the implementation, enforcement and compliance of the Directive had been. Now that the majority of transposition infringement proceedings had closed, the European Commission said that it would begin to look at whether Member States had transposed the Directive correctly and encouraged direct feedback and information on the current situation from members of the Network to guide them in this process. The European Commission is currently in discussion with a number of member states regarding their transposition.

Statistics and anecdotal evidence were offered from many of the delegates in attendance to update the Summit on the progress of implementation at national level. The evidence presented suggested that implementation of the Directive was far from consistent, and Summit delegates called for further practical action to be taken in the field to tackle the weak spots.

In particular concern was raised about the general awareness and compliance levels outside the conventional hospital setting. The Commission acknowledged that more needed to be done to raise awareness and encourage compliance in nursing and care homes, dentistry, where healthcare is delivered in the community and where self-employed nurses are utilised. All of these healthcare examples fall within the scope of the Directive 2010/32/EU.

Additionally, it was argued that elements of the Directive could be applied outside of the hospital and healthcare sector, in cases where workers are potentially exposed to used medical sharps. Stefano Martinelli of the European Commission suggested that the Commission would support a Joint Declaration with the Social Partners in order to apply relevant measures required by the Directive outside the healthcare sector. It was agreed that this process was appropriate and may be quicker than the traditional legislative route. The Social Partners present indicated their support for such a Joint Declaration.

Closing remarks were offered by Cliff Williams, Co-Chair of the European Biosafety Network, who thanked delegates from a variety of institutions for their tireless efforts, and encouraged another year of action to protect healthcare’s most valuable asset, it’s workers, in the face of further cuts to the budgets of European healthcare systems.